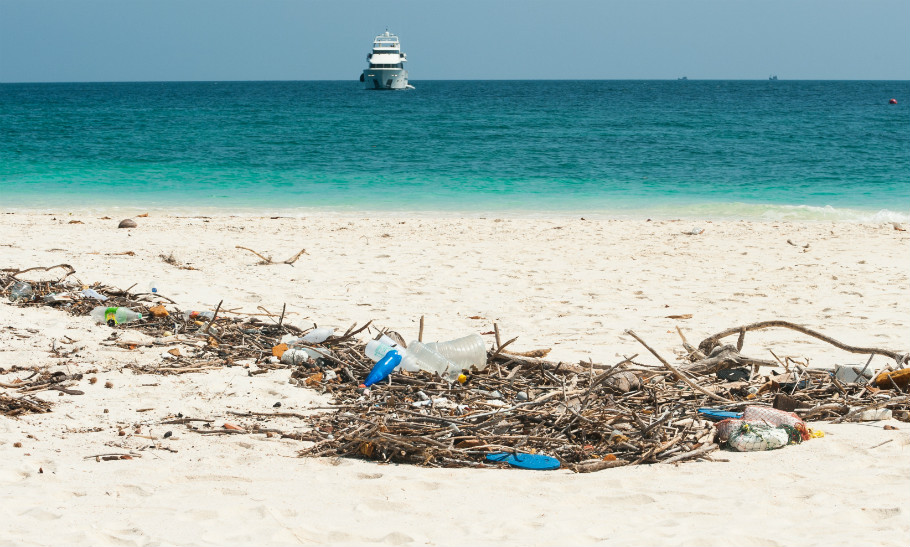 Go against the flow of plastic

Plastic pollution is everywhere – from our land to our oceans. Every plastic bottle or bag we throw away is added to the growing pile and it’s affecting everything on our planet, right down to the corals found in the Great Barrier Reef.

A natural wonder at risk

The corals in the Great Barrier Reef are at risk of destruction because they ingest microplastics – tiny pieces of plastic under 5mm – at the same rate as their normal food. Once consumed these plastics prevent the ingestion of the corals’ normal food, which leads to a slow process of coral starvation. Microplastic particles stem from the nearly 269 000 tonnes of plastic floating in the worlds oceans.

A new study identified the major sources of plastic debris and named the top 20 countries generating the greatest amount of ocean-bound pollution. China is first. The United States is 20th. The rest of the list include 11 other Asian countries, Turkey, five African countries and Brazil

Affecting the small and large

The large pieces of plastic put larger ocean animals like seals and fish at risk. And it’s expected that this will continue to worsen due to the rise of ‘throwaway’ plastic like drink containers and food packaging. Researchers found that more than a million seabirds and 100,000 mammals and sea turtles die globally each year through entanglement in or ingestion of plastics.

A recent study shows that 90 percent of albatross chicks had plastic debris in their stomachs. Plastics puncture the bird’s stomach or blocks its oesophagus or gizzard, leaving little room for food or liquid, causing a slow death.

Dolphins and seals become entangled in six-pack carrier rings and strapping bands that act like floating snares, causing them to starve or suffocate. Sea turtles often mistake plastic bags for jellyfish, one of their favourite foods. Bags however don’t pass through their gut, but block the intestine leading to starvation.

Every single piece of plastic polluting our lands and oceans has an owner and every single person can make a difference to our oceans by avoiding the use of plastic. One of the ways you can do this is by committing to only drinking 100% purified water straight from the tap.

Protect the environment with purified water

H2O’s purified water is 100% environmentally friendly. Our range of filtrations systems and portable personal water bottles purify water straight from the tap. This means you get the best quality and taste out of your water – and the environment is protected. So with every sip you take, you know you’re making the right choice.

Remember, it’s what’s inside that counts.

Beat summer’s heat with these...

December 12, 2018
We all know the general recommendation that we need to drink roughly 8 glasses of water per day. How...

When the electricity cuts out,...

March 11, 2019
A power outage directly affects a water pump station. When the power is switched off, so too are the...

What are Chloramines and How...

December 5, 2019
Did you know that the “chlorine” smell in your pool is not from the chlorine you dose it...
We use cookies to provide the services and features offered on our website, and to improve our user experience.
By using this website, you consent to the use of cookies.Ok